Take a walk with a turtle. And behold the world in pause – Bill Feiler

Even though they’re unique in the animal kingdom, turtles still have to adhere to the natural laws that govern all reptiles. That means that freshwater turtles who live in the wild need to hibernate and the best place for any aquatic creature to hibernate is underwater. 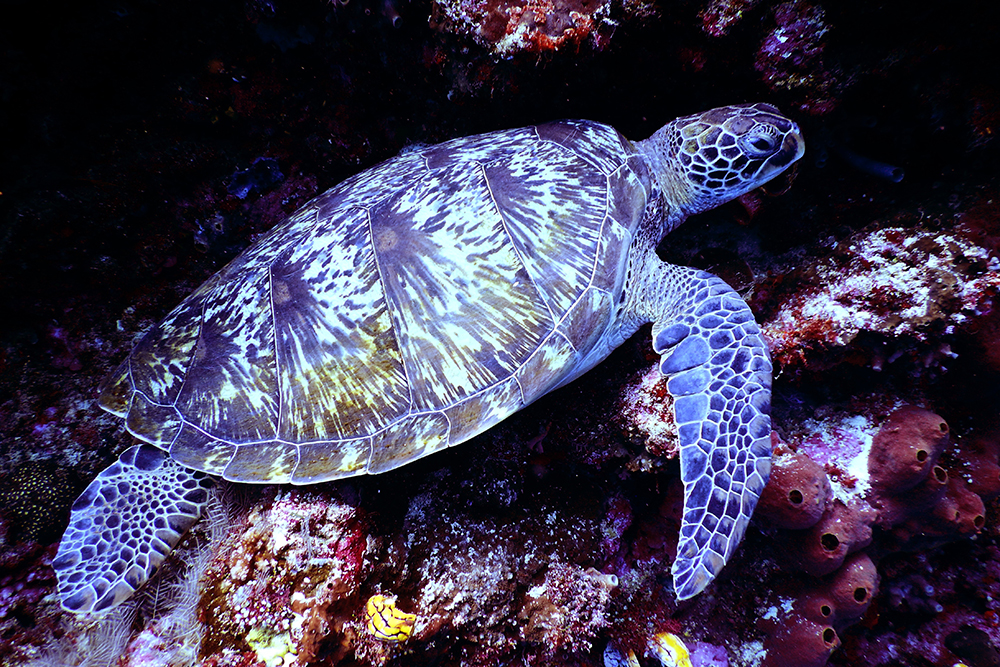 But as turtles need to breathe oxygen, spending a couple of months under the surface of a lake where there is no oxygen, is problematic.

Or it would be if a turtle’s physiology hadn’t evolved and adapted to make it possible for them to sleep away their hibernation period safely hidden on the bottom of the watery bodies they call home.

Contents show
1 How Long Can A Turtle Hold Its Breath?
2 The Miraculous Respiration System Of A Turtle
3 Staying Down – How Respiration Works When Turtles Are Hibernating
4 So If They Can Breathe Underwater Does That Mean That Turtles Can’t Drown And That They Can Live Underwater Forever?
5 Conclusion
5.1 Related Posts:

How Long Can A Turtle Hold Its Breath?

When they’re not preparing to sleep the short, dark, and cold days of Winter away ensconced at the bottom of a lake and they’re happy to make the most of the warm water and live their lives to their fullest, an incredibly active turtle only needs to surface in order to breathe once every thirty minutes or so.

In some cases, and when they’re not sleeping through Winter, turtles have been known to remain underwater for anything up to seven hours. In any creature’s book, being able to hold your breath for that long is a remarkable achievement.

But seven hours isn’t several months, so how do turtles manage to remain submerged for the duration of their hibernation?

The Miraculous Respiration System Of A Turtle

Unlike most air-breathing animals, turtles’ rib cages don’t move in accordance with the expansion of their lungs.

They can’t, as they’re technically part of its shell, which while granting the turtle an unmitigated amount of protection and a place to shelter, does have a few disadvantages; mainly that it’s completely inflexible.

This means that the turtle’s respiratory system while being similar to that of every other animal that needs to breathe oxygen to survive is slightly different.

While they breathe in much the same way that we do, in that air passes through their nostrils, down their throat, and into their lungs where it enters and oxygenates their bloodstream, the manner in which air is forced into their lungs works completely differently.

As their chests, and ribs can’t expand to allow air to pass into the lungs and then contract to force the waste gases out, turtles instead have a muscle sling that’s attached to the interior of their shell that works as organic bellows and forces air in and out of their lungs, allowing them to breathe freely and easily.

However, that doesn’t explain how turtles can hold their breath underwater for so long and survive without having to breathe does it?

No, it doesn’t, but turtles have another trick up the shell-based sleeves that allows them to hibernate underwater for extended periods of time. It’s called respiration.

Staying Down – How Respiration Works When Turtles Are Hibernating

Even though respiration technically applies to the process of oxygenation that enables all air-breathing animals to survive, as far as some species of turtles are concerned, it also refers to the process that they use to draw small amounts of oxygen directly from the water surrounding them.

That’s why, like every other cold-blooded animal, turtles like to bask in the sunshine and absorb the heat that the sun provides. Every animal likes being warm, and reptiles and turtles are no different. 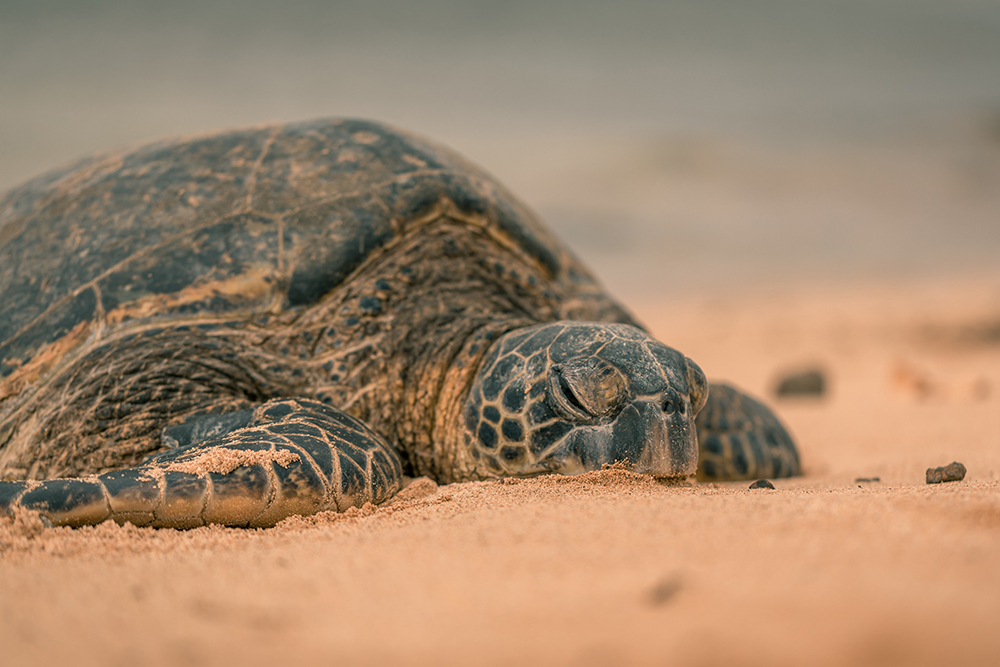 In fact, while they’re stationary at the bottom of a lake, a turtle’s metabolism is so slow, the only oxygen it needs to survive can be drawn directly from the water.

A turtle draws oxygen directly from the water by slowly passing it over areas of its body that are rich in the blood vessels that can directly absorb oxygen from the water.

And the most significant areas of a turtle’s body that allow it to draw oxygen from water, are its throat and cloaca, or as the latter is more commonly known, the butt.

The cloaca is part of the turtle’s waste management system and is usually used to excrete both solid and liquid waste, but while a turtle is hibernating, it uses a system of muscles to open and close that forces water in and out of the cloaca.

As water passes into the cloaca, the high concentration of blood vessels that are located within it absorbs oxygen directly from the water, when then directly enters the turtle’s bloodstream, allowing it to “breathe” and survive underwater.

However, it isn’t something that all turtles do. While snapping turtles are hibernating they rely on anaerobic respiration to see them through the winter months, while musk turtles seem to prefer to absorb oxygen directly through the blood vessels in their necks and throats to  survive.

So If They Can Breathe Underwater Does That Mean That Turtles Can’t Drown And That They Can Live Underwater Forever?

Unfortunately, that isn’t the case, and like any air-breathing animal, turtles can and do drown.

They can, and do, drown while hibernating if the oxygen levels within the water that they’re hibernating in become too low and they can’t rouse themselves to make it to the surface in time to breathe. It’s incredibly rare, but it does happen.

The most common cause of turtles drowning though is when they become snared and trapped in fishing pets, panic, and in a flurry of activity burn through the oxygen that they’ve stored in their lungs in minutes rather than hours.

And if they can’t free themselves and make it to the surface to breathe, they inevitably drown.

A lot of species of turtles have learned to fear man, and choose to remain underwater and not have to deal with man, rather than breathing.

Can turtles breathe through their butts? They absolutely can, and as we’ve explained it’s called cloacal respiration and it’s a vital part of their hibernation process and an incredible survival mechanism.

But just because they can, it doesn’t mean that they always do and most of the time, they breathe exactly the same way that every other oxygen-dependent animal does, through their nostrils.